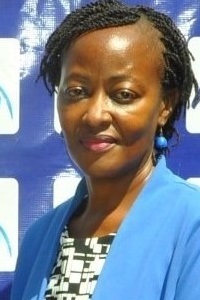 Robinah Katongole Kizito is the Current Headmistress of  Gayaza High School since August 2019.

A teacher of English Language and Literature in English, Robinah returned to teach at GHS in 1992.