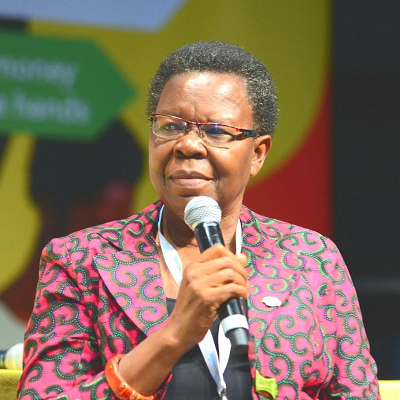 Hon.Victoria Sekitoleko studied at Gayaza High School from 1964 to 1969 and was a resident of Corby.
From there she went to  Makerere University ( 1970 to 1973) where she attained a BSc in Agriculture majoring in Farm Management and Extension  In 1983, she attended the Eastern and Southern Africa Management Institute (ESAMI) where she obtained a Certificate in Agriculture Project Identification, Appraisal and Management. In 2003 she attended the Zimbabwe Institute of Systemic Counseling, obtaining a Certificate in Systemic Counselling. In 2004, she attended the Limpopo University RSA (in conjunction with University of southern Hampshire USA) where she obtained a Certificate in Micro Enterprise and Development.
Her job history is a testimony of her dedication and influence. Victoria Sekitoleko is a former Minister in the Government of Uganda from 1986 to 1995.  She was a representative for the United Nations Food and Agriculture Organisation (FAO) in China, Mongolia, and South Korea from 2006 to 2011. She previously served as the FAO’s representative in Ethiopia to the African Union, and to the Economic Community for Africa between 2005 to 2006. She was FAO Sub Regional Representative to Eastern and Southern Africa, based at Harare, Zimbabwe from 1995 to 2004.

Hon. Victoria is passionate about agriculture and in 2017 she was appointed to the Biyinzika Poultry International Limited Board.
She is currently the chairperson of Uganda Agribusiness Alliance, which aims at coordinating agribusiness in Uganda.

In 2010 Victoria Sekitoleko founded the Uganda Community Cultural Center which trades as Speakers Forum. Under the Speakers Forum, she does Public Speaking and Community libraries.
In 2012, She became a Rotarian. She is the Charter President of Rotary Club of Kampala-Impala.
Hon Victoria Sekitoleko continues to work for the community .Her main mission is: To enhance Social, Economic Development of the poor through empowering them to take charge of their destiny.