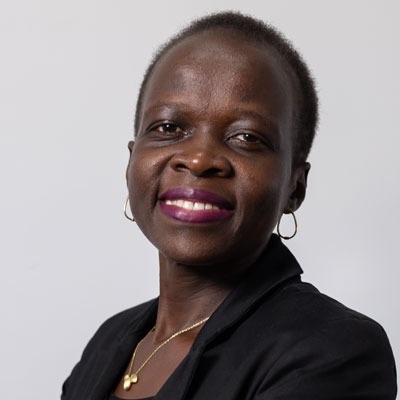 Jackie Ochola was appointed a Director on the Board of Directors of DFCU Bank Limited (the “Company”) with effect from 28th October 2020.

Jackie is a Ugandan technology enthusiast and Business Leader. She has worked in the technology industry as an Engineering Manager and Business companies in Uganda, Kenya, the DR Congo and Nigeria. She is currently the Country Manager at CSquared Uganda, a Position she has held since July 2020.

She has previously worked as a Country Director at Andela for 2 years, starting in 2018, after an extensive career as an engineer and a business leader. Before joining Andela, she was the Country Lead for Nokia/Alcatel-Lucent.

She also serves as a Member of the Uganda National Task Force on Emerging (4IR) Technologies.

Ms. Ochola attended Gayaza High School residing in Ham & Apollo House and  served as house leader, class captain and Dining room Prefect.  She later joined Makerere University for her undergraduate studies. She has a BSc in Electrical Engineering from Makerere (1998) and an MCM Telecommunications Management from Coventry University in the United Kingdom (2007). She is also is a Certified Project Management Professional.