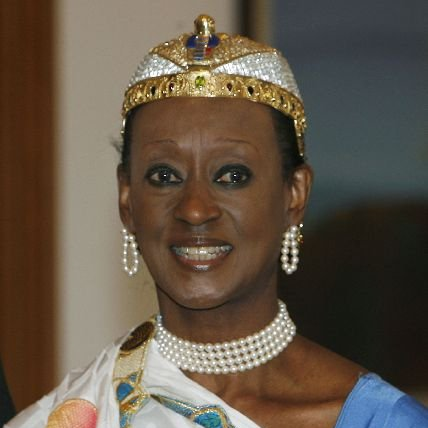 Princess Elizabeth Bagaaya is the first female Lawyer in Uganda. She is the first East African woman to be admitted to the English Bar. She was a Government minister, UN representative, an Ambassador, and a Top Black Model.

The daughter of the King of Toro, George D. Rukiidi, Elizabeth Bagaaya was born in 1936 in Toro in Uganda.

Elizabeth Bagaaya started her elementary education at Kyebambe Girl’s School in Toro. She continued her education at Gayaza High School and completed her high school education at Sherborne in England where she was the only African student in a school where others were white aristocrats.

Between 1959 and 1962 she studied law, history, and political science at the University of Cambridge, England. She continued her legal education in London, qualifying as a barrister-at-law in 1965. She became one of the few female attorneys in east, central, and southern Africa.

She returned to Uganda in 1965 to attend the funeral of her father and the coronation of her brother in 1966 as Omukama Patrick D. Kaboyo Olimi VII

Princess Bagaaya went to Kampala to work with a law firm, where she was called to the Uganda bar in 1966. Just as she was ready to start practicing law, the political landscape in Uganda changed when the 1962 constitution (which preserved the monarchical status of the kingdoms) was abolished and replaced with a republican constitution in 1967.

In 1967 Princess Bagaaya was invited by Princess Margaret and Lord Snowdon to model in a British fashion show at Marlborough House in London in 1967. She accepted and signed up with a top agency in London and embarked on a modelling and acting career that lasted from 1967 to 1970 and was briefly resumed in 1984.

She modelled in Britain in several fashion shows that were featured in the British and American Vogue, Harper’s Bazaar, and Queen magazines in 1967 and 1968. Through Lord Harlech and Jacqueline Kennedy, she embarked on a modelling career in New York between 1968 and 1970. She was featured in the American Vogue, Look, LIFE, and Ebony and became the first Black to appear on the cover of a top fashion magazine (Harper’s Bazaar).

After taking acting classes in New York, she embarked on a new career when an American and German company requested her to play a role in a film based on Chinua Achebe’s Things Fall Apart and No Longer at Ease. She flew to Lagos, Nigeria, in 1970, where the film was produced.

The publication of her African Princess in 1983 prompted Columbia Pictures to invite her to participate in the making of ‘Sheena- Queen of the Jungle’, a film portraying the indigenous culture of a people known as the Zamburis and their suffering at the hands of an alien.

Princess Bagaaya returned to Uganda and served Amin’s government between 1971 and 1974.

In her first appointment as roving ambassador (1971-1973), she acted as Amin’s envoy in times of crisis, conveying messages directly from one head of state to another.

As part of the Foreign Affairs Ministry, she participated in a campaign to dispel the prevailing international scepticism that Amin lacked the necessary sophistication to lead the country.

Princess Bagaaya was appointed foreign minister in February 1974. Short as her tenure was (February to November 1974), She revived Uganda’s tarnished image abroad, tried to soothe hostilities, and encouraged heads of state to visit the country.

in 1974, Princess Bagaaya fled Uganda, taking up political asylum in Britain. She generally kept a low profile during her exile years, 1975-1979.

President Museveni appointed Princess Bagaaya as Uganda’s ambassador to the United States between 1986 and 1988. She used the mass media to educate the American public about Africa in general and Uganda in particular. Her appearances twice on the CBS 60 Minutes was particularly effective in explaining the misconceptions of Uganda. It was partly due to her hard negotiations and relevant contacts that it was possible for President Yoweri Museveni to meet Vice President George Bush and President Ronald Reagan in October 1987.

Due to the untimely death of her husband (Wilbur Nyabongo) in December 1986, the pressure of work caused by her efforts to reorganize the Uganda Embassy in Washington, she resigned her position as Ugandan ambassador to the United States in 1988. After her retirement, Princess Elizabeth Bagaaya promoted African causes through television appearances and the publication of her two books, African Princess: The Story of Elizabeth of Toro (London: 1983) and Elizabeth of Toro: The Odyssey of an African Princess (1989)