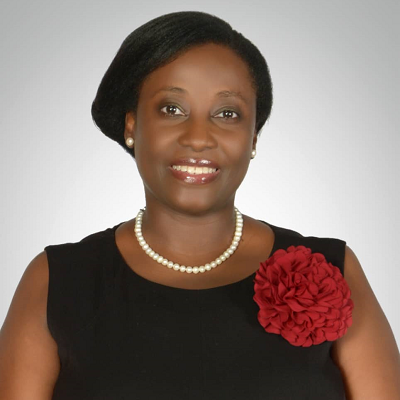 Lady Justice Monica Mugenyi serves as the Principal Judge of the East African Court of Justice (EACJ) since July 2015, the first woman to serve in that position. She is also A Justice of the Court of Appeal/ Constitutional Court of Uganda.

Justice Mugenyi is an Executive Professional with over 25 years’ experience largely in the public sector; including 10 years of municipal and regional judicial service, and 14 years as a senior transactional and courtroom lawyer in Uganda.

Justice Mugenyi is a Fellow of the Chartered Institute of Arbitrators (FCIArb), UK (2019);

Justice Monica Kalyegira Mugenyi was at Gayaza High School from 1983 to 1988, residing in Kennedy House. She was a Dining Room Prefect, a member of Gayaza Singer and the Chapel Choir.

Throughout her career, Justice Mugenyi has been able to demonstrable leadership skills; She has a strong results-oriented work ethos; exemplary integrity, professionalism and accountability; An Excellent communicator, with inter-personal skills, and a formidable team player.

Justice Mugenyi has held the following positions in the past:

Justice Mugenyi has in the past been a Board Member of the following organisations: